The Telematics Conference of TIS addressed the question of which megatrends are really relevant for the industry in the long run – and which ones can only be looked at as a ”hype”. Whether autonomous driving, Internet of Things or Wearable Technologies – the 4th InnoMATIK in top-class presentations delivered material for discussion and reflection on the future of the logistics industry. In addition to technical issues this time also the 30-year anniversary of TIS was a major event on the agenda and was extensively celebrated with more than 90 visitors on the evening of May 18th. 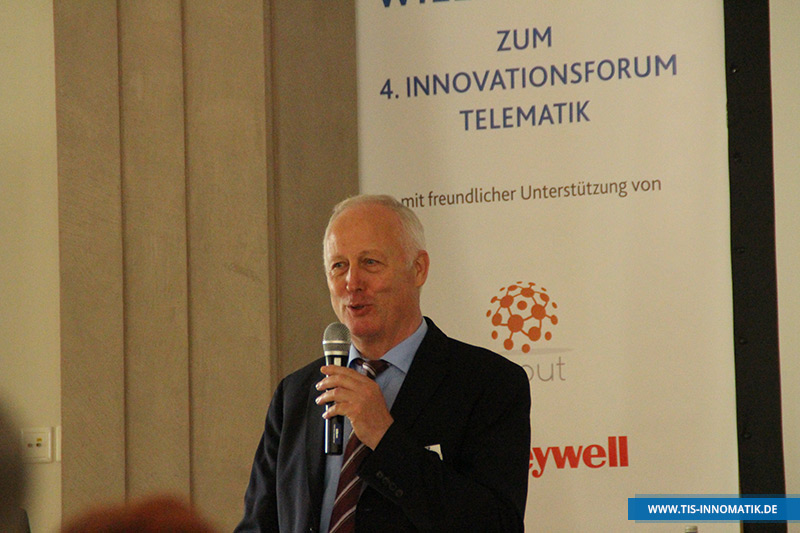 Already the opening lecture of this telematics event, held by company founder and TIS-owner Josef Bielefeld, made it clear that the development of TIS was (and still is) very closely linked with the technical innovations of the past 30 years: from the first mobile device in the ’90s over the different mobile radio standards, which soon enabled the transfer of larger amounts of data, to Bluetooth and Android: the audience received an informative as well as entertaining insight into 30th years of TIS with all challenges, irritations, innovations and (R)evolutions, the company History went through.

The future of autonomous driving

In the afternoon Professor Michael Schreckenberg from the University of Duisburg-Essen made his listeners think and smile. The question “Does the car still need people?” could finally be answered by the entire audience with a hearty “YES!”. It turned out that not only quirky road signs and strange roundabouts could overwhelm a computer, but also controversial issues of machine ethics have not been resolved sufficiently to the end yet and the necessary infrastructure so far is chronically underfunded. 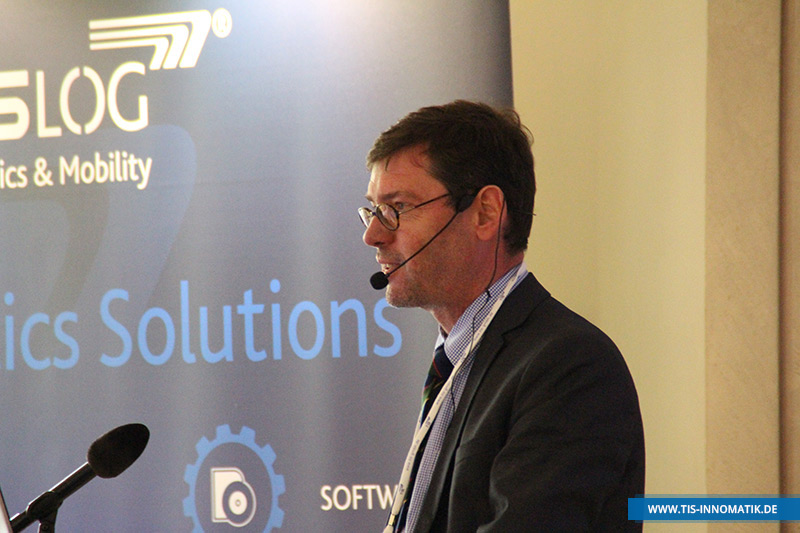 In concise keynote speeches TIS staff presented the latest hardware and software developments. For example, the Director of Software Development, Markus Vinke, explained the fundamental differences between the mobile order management system PSV3 and the new, platform-independent operating system TISLOG. The new features, and also the Workflow Manager, which enable steering and controlling of logistics processes can be controlled individually and easily documented, were met with great interest within the audience. Because the separation of workflow, application, data, look and feel makes the new system easily adaptable to various conditions in the company.

Mike Ahlmann, sales member, then discussed not only the criteria TISWARE, the hardware of external manufacturers offered by TIS, has to meet, but also gave an overview of the current portfolio: Besides Honeywell and Zebra now also Samsung devices have been added. In the wireless area Lancom has proven itself useful. Reliable partners are also Wavelink terminal emulation with innovative ideas for touch devices and in the area of truck navigation PTV and Sygic. In an accompanying exhibition visitors had the chance to examine all of the latest equipment and have talks directly with the manufacturers. 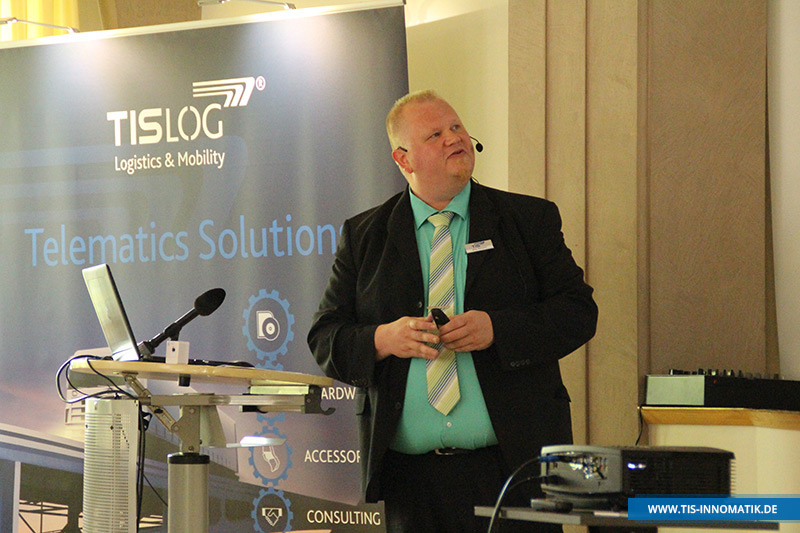 Then Mike Ahlmann gave insight into the development of TISPLUS – in-house developed accessories by TIS – demonstrated the high demands the products have to meet – and how 3D drawings and 3D printing have significantly shortened the design cycles.

At 6 pm eventually the festive-fun part of the event started and lasted until well after midnight. The TISSIS, how the TIS employees call themselves, surprised Company founder Josef Bielefeld and his wife Maria with humorous and touching anniversary greetings from employees and customers of the first hour, and many companions of the 30-year history. Subsequently the guests enjoyed a delicious buffet, beer, wine and music – as always the great TIS-house band BLUETIS accompanied the evening – people celebrated and laughed until well after midnight. 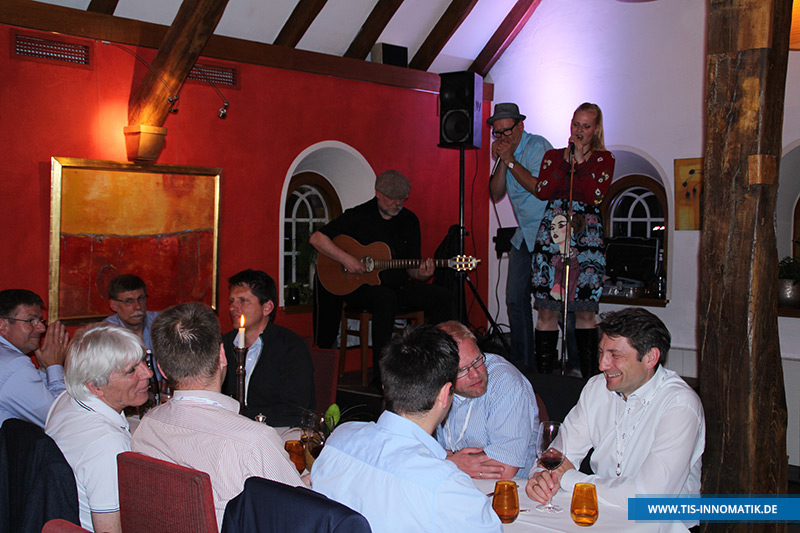 Mobile applications today and in 5 years

On the second day Daniel Dombach, Head of EMEA Industry Solutions at Zebra Technologies, gave an overview of current megatrends. He showed impressively that the pressure for change emanating currently less of technological innovations and more by a change in consumer behavior, the massive impact on the logistics: “Free Shipping”, same day delivery and the explosive developments in Amazon were important key points here. 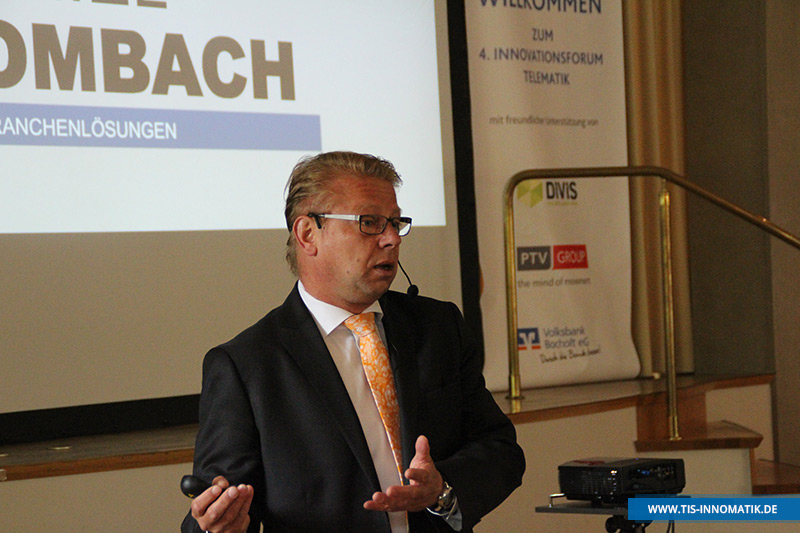 Based on current use cases he also showed where innovations such as drones or wearable technologies can be interesting for the enterprise environment. Zebra is testing, for example, how workers in the sorting line can obtain package track information in real time through a display of computer eyeglasses, so that these packages can be sorted more quickly. Also sensors that measure the temperature in the truck trailer in real time and pass the information on to a central computer are no longer science fiction. The Internet of Things is definitely already a living reality in everyday forwarding.

Is there such thing as the perfect operating system?

Sven Scheller, Manager Solution Architect Team Central Europe at Honeywell, put out the question whether there is the perfect operating system with regard to commercial customers. He systematically compared the pros and cons of Windows10 and Android and showed which questions companies should ask in order to make the right decision when sopping for a system. In conclusion, he gave a very interesting look at the developers from Honeywell, who are currently working on the automated volume detection. 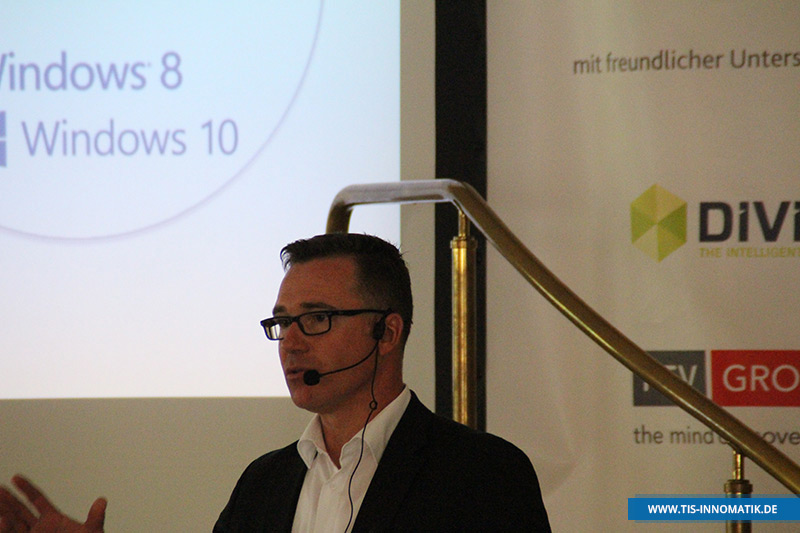 Finally Peter Giesekus and Markus Vinke gave an outlook on future developments at TIS and showed how TISLOG office develops into the Internet of Things (IOT) platform, which reporting and analysis options and which device management functions are currently being developed. A big issue certainly is Green Logistics, for example by dynamic tour planning.

This closed the circle, because it became clear that the solutions from TIS in the future will go hand in hand with the technical innovation cycles. TIS will continue to shape them – and turn them into practical solutions for its customers. 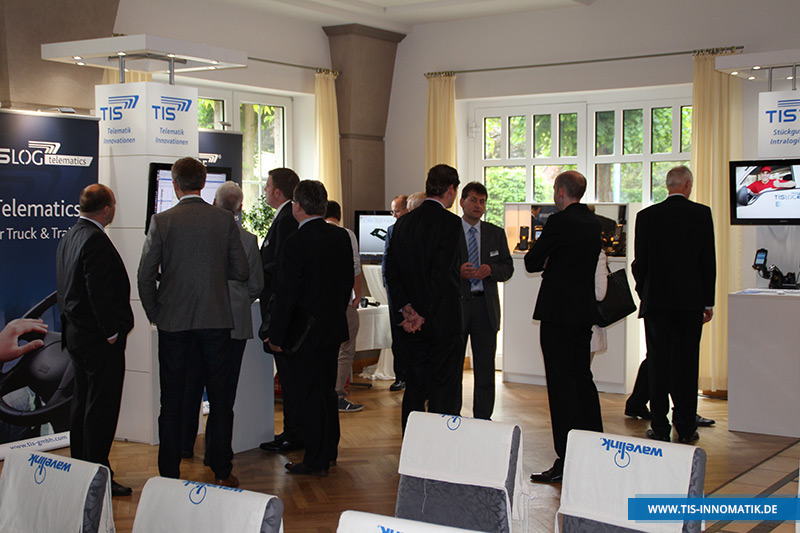 Since 2000 online editor and copywriter. For several years, she writes and proofreads texts of all kinds as a freelancer for TIS. For the new blog she works as an editor and writes technical papers in close collaboration with the TIS team.

Useful information from specialists for the logistics industry